14 March 2014 ~ ‘How long will you stay in Nouadhibou?’
‘I think just one night.’
‘Do you know where you’ll be staying?
‘Not yet, there’re a few options in the Lonely Planet that seem okay…’
‘You can sleep at my house if you want?’
He says it casually, as if it’s nothing special. Considering that I’ve known him for all of six hours, and we’ve spoken no more than fifteen minutes during that time, I find it incredibly generous.

Much Ado About Nothing (or: To be, or not to be) 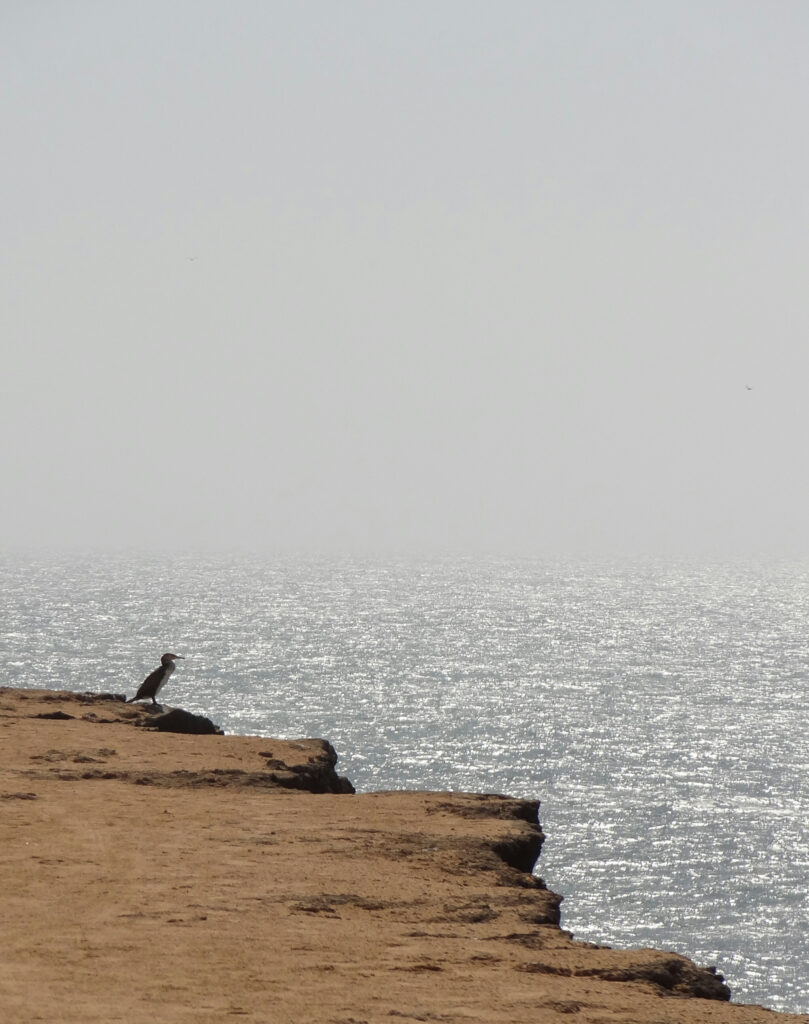 11 – 14 March 2014 ~ ‘This is not really Morocco, you know?’ I’m surprised to hear the man sitting at my restaurant table say it; it could get him in a lot of trouble if the omnipresent Moroccan police hear it.

After a short stop we continue our journey, and for the first time I get to see the landscape we’re driving through. It’s literally awesome. Western Sahara is probably the most appropriately named territory in the world; it’s simply the Western end of the desert. Beyond it, the desert abruptly stops and the ocean begins. It’s a wild coastline, with cliffs and small secluded beaches, sometimes with a shipwreck slowly being broken down by the elements. It stretches on for more than a thousand kilometers, and apart from three small cities, a few tiny settlements and the odd fisherman’s shack, it’s completely deserted.